Paleo backpacking meals aren’t as impossible to make and carry as you might think. There are many more options available as people choose paleo meals to enjoy along with nature.

Although, it does still take some thought and preparation to make satisfying meals for the trail. Unless you consider beef jerky and some dried fruit satisfying. Most people don’t. Nevertheless, this where campers begin, when they start thinking of paleo backpacking meals.

That said, here are some of the traditional snacks campers new to paleo mistake for nutritional backpacking meals: 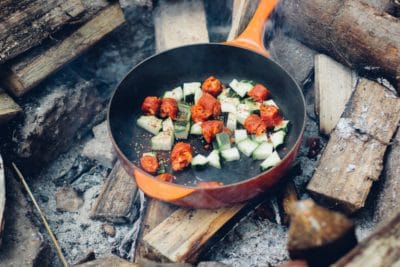 It makes sense – carrying beef jerky, veggies, dried fruit, roots, and nuts to enjoy as you hike through nature’s beautiful splendor. Obviously, though, you can only eat so much of this on the trail without becoming bored and resentful.

All of a sudden, everyone’s easy-to-carry, cheap-to-buy, and wonderfully satisfying and delicious junk food looks awesome. And while natural eating and backpacking seem like they should go together, all of a sudden, they don’t.

This is confusing. Especially since the paleo diet is about getting back to what the cave people ate. This would make it seem like the ideal food to take backpacking. But even the most devout of the paleo dieters will find this quite the opposite. Paleo foods like this just don’t have enough calories and variety to be satisfying after a long day of hiking.

Paleo Backpacking Meals May Leave a Little to Be Desired 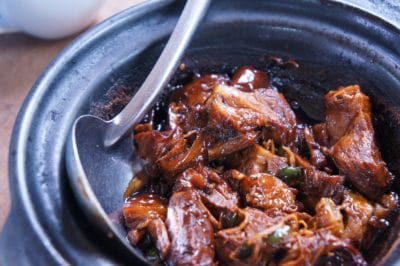 It’s a fact that backpacking meals in general favor junk food or snacks that masquerade as healthy. This is because the necessary goal of backpacking is to carry as little weight and volume as possible. 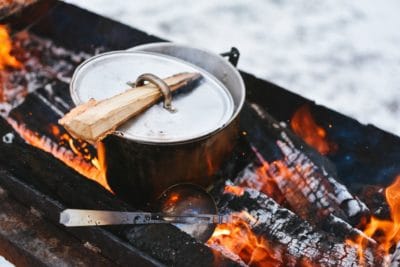 Now we are getting closer to a complete paleo backpacking meals solution.

Make no mistake, though, many pre-made paleo meals for backpacking sometimes need a little (or a lot) of help. By adding dehydrated vegetables and spices of your own, you can make these meals much better. You can also stretch the portion of one meal to make it for two or more people. This also makes them more affordable.

Spices Are a Big Part of Tasty Paleo Backpacking Meals 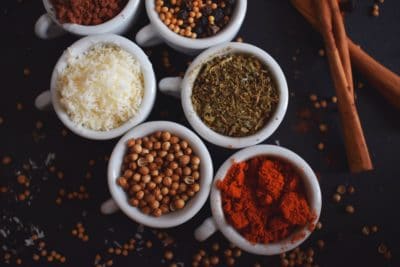 So don’t be afraid of new spices when it comes to eating paleo while camping. Here are some spices to use to make paleo meals better:

Making Your Own Paleo Backpacking Meals That Satisfy

At some point, you will want to make your own meals. This is because most of the recipes you see for paleo backpacking meals look really tasty. Then you realize how much time it will take to make them.

So let’s talk about the ingredients for paleo backpacking meals. These are ingredients that can be easily prepared, stored, and taken on the trail. Then it’s just a matter of finding your favorite recipes and putting them together like any other meal!

Paleo Breads Are the Cheapest and Easiest Place to Start 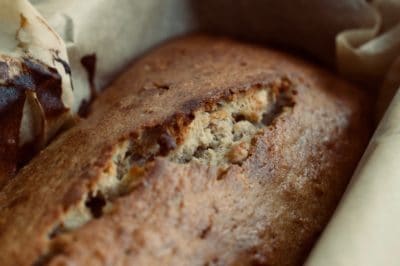 Paleo breads are light, easy to carry, delicious, and satisfying. Also, paleo breads don’t have to be refrigerated on the trail if they are vacuum-sealed. You can have paleo bread with eggs in the morning, almond butter at lunch, and then stew in the evening.

Preheat the oven to 350 degrees and ready an 8” x 4” loaf pan. In a large bowl, combine the wet ingredients. In a separate bowl, mix the dry ingredients. Combine both bowls and mix, then put the mixture in the pan. Bake for 60 minutes, or until the loaf is risen and golden brown. Let it cool before you slice it. Eat the loaf within 4 days or freeze.

Dried Fruit for Snacks and Desserts

Of course, we have to talk about dried fruit, but there is a better way to process it. If you have a camping trip coming up, buy one or two pieces of fruit every time you go to the grocery store. Remember, when you are drying fruit, buy it on sale – because you are going to dry it immediately.

Fruits That Are Best for Dehydrated or Dried Fruit 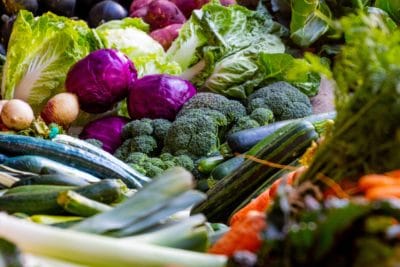 Veggies are the easiest to dehydrate for later use because you can do them in large batches in the oven. Simply slice any raw veggies as thin as you can and then put them on lined cookie sheets at 125 degrees for 6-8 hours.

Veggies can then be stored indefinitely in vacuum-sealed storage bags in the freezer. They can be used in almost any recipe.

Veggies That Are Popular to Dehydrate: 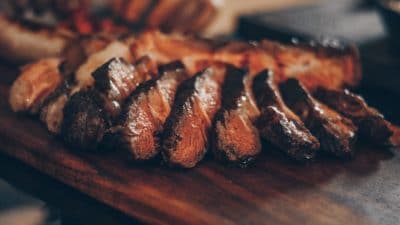 Any meats can be dehydrated, but they have to be prepared first. For example, if you want to make beef jerky, the beef has to be thinly sliced. As well, it has to be lean (with zero fat) because the fat doesn’t dry out and goes rancid.

A butcher can slice the meat thin enough to make jerky. As making jerky gets expensive, they can also tell you when the meat gets marked down so it’s affordable.

This will save you quite a bit of money on prepackaged jerky as well as on the preservatives. Homemade jerky can last up to two months if properly packaged; two years if vacuum-sealed and frozen.

Other Meats to Dehydrate for Backpacking:

The best meat to dehydrate for backpacking though, is lean ground beef, turkey, or chicken. This is because, with these meats, you can make hearty dishes like chili or paleo bread sloppy joes. And yes, as you learn to prepare more ingredients for your paleo backpacking meals, it’s time to get creative! 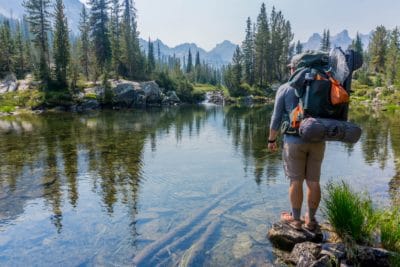 Any paleo meals that you make at home can be taken on the trail. The most time-saving thing you can do is to make a meal, like stew, then make extra. Take the extra and freeze it portion-size plastic containers. Pop-out the frozen block later, then put it in a vacuum-seal food bag and seal it. (You can’t vacuum-seal room temperature liquids.)

This kind of frozen meal is easy to transport in a backpack. It won’t sweat or thaw very quickly. You can also use frozen vacuum-sealed meals instead of ice packs. They will also keep other foods cool for at least the day. Then, in the evening it will be easy to heat or just eat cold.

Now that you can quickly assemble ingredients, there are many, many paleo recipes online for you to try. It will be worth your while to go through them and mark the ones you like. By vacuum-sealing any of these meals, you will have quite a bit of variety when you are backpacking.

The real trick is to make the preparation of these meals as fast as possible. You will have so many different food combinations when you learn the quickest way to prepare the ingredients. And the faster you can dehydrate paleo ingredients, the better you will eat on the trail.

20 Best Places to Camp Within Two Hours of Nashville, Tennessee